We sailed on an erupting volcano!

Leaving Honolulu Harbour at night is a pretty spectacular experience, looking at the illuminated skyscrapers look over the palm trees, and feeling the emotion of the departure for a long haul crossing.

Kayak (a polar hero about to become a tropics her) is going to be with us for this crossing in order to avoid quarantine upon arrival. 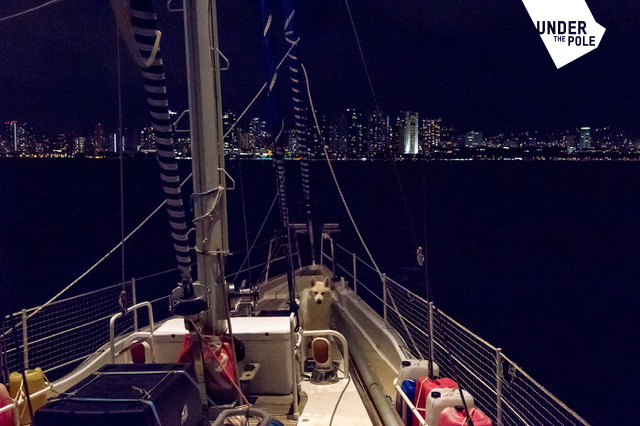 © Gaël Lagarrigue – Under The Pole

Once again, we leave behind Emmanuelle, Robin, Tom and Camille (we finally decided that this crossing would be way too long for our young adventurers) to do this crossing from North to South across the Pacific, which will take us to our final destination: Tahiti and French Polynesia. 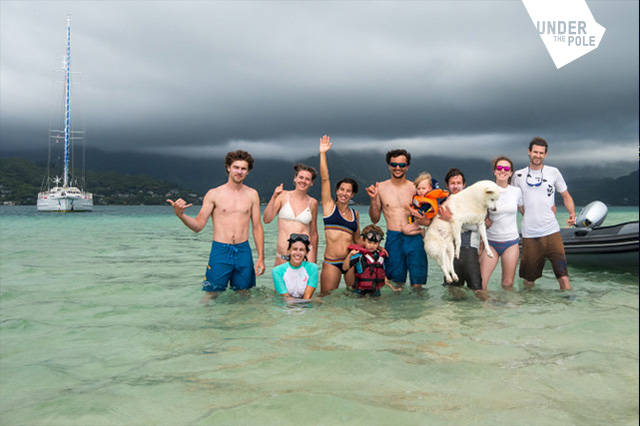 The WHY at the anchorage area in Hawaii with the full team onboard!© Gaël Lagarrigue – Under The Pole

The sailing should be split in 4 stages: two days of sailing East to leave Hawaii from the North and then East side, one week of Trade winds to the Doldrums around the equator requiring some motoring, and then one week of Southwards sailing in the Trades.
In total, we are looking at 18 to 19 days at sea, which would put us in Tahiti around the 8-9th June.
We left Hawaii tacking, in a short swelled sea, not good for our stomachs. 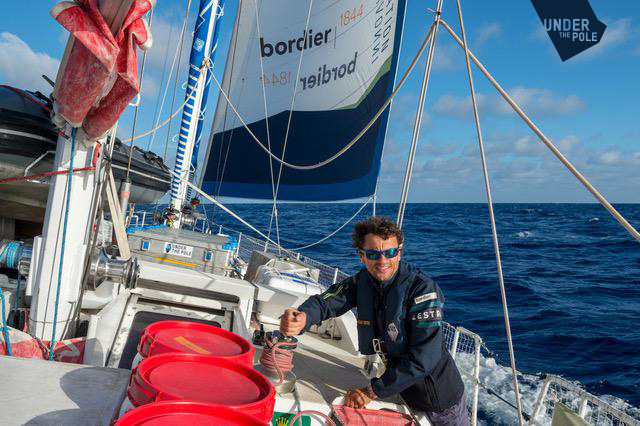 Ghislain at the manœuvre © Gaël Lagarrigue / Under The Pole

In this part of the world, the islands have a major impact on the winds and currents, which ended up slowing us down in sailing away from the archipelago: 3 days in total, including one mooring in order to repair a genoa. 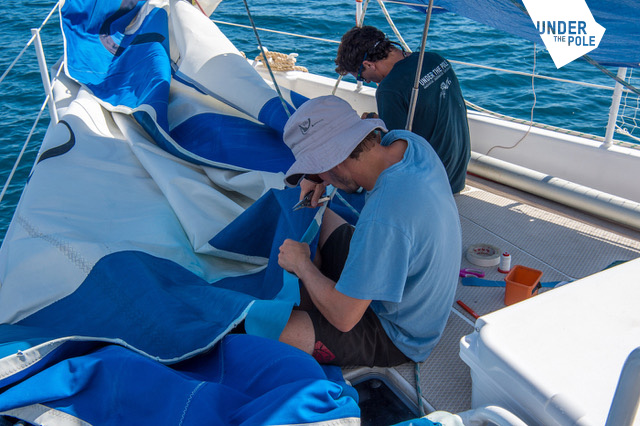 Thursday midday, we are approaching the South Eastern tip of Big Island, which means saying goodbye to the volcanic islands. If we decided to take a South Eastern route instead of going East, it is indeed because of the volcanic eruption that has been widely broadcasted in the media for the last few weeks: toxic smokes are coming out of the ground and are being pushed downwind (West), which means that passing West of the island is not recommended. In sailing around the Eastern tip of Big Island, Hawaii waives goodbye in the most unexpected manner, showing us a volcanic eruption from the safety of our boat cruising on the sea: we have just sailed on an erupting volcano! 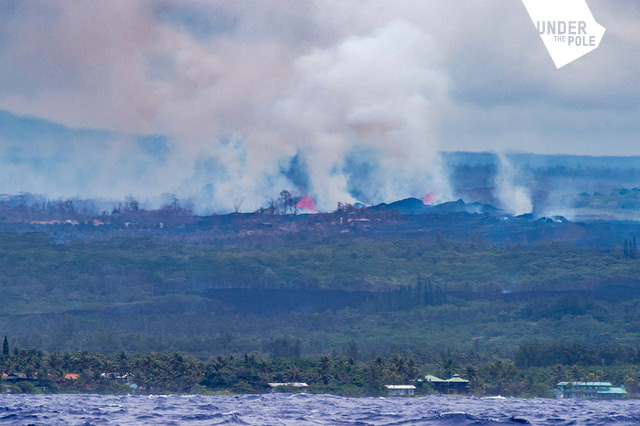 spectacular landscape from Hawaii © Gaël Lagarrigue – Under The Pole

The coastline and its villas have been abandoned, black lava flows wind down the landscape, massive columns of smoke are reaching the skies: the landscape has already been massively impacted in just a few days, the time of a volcanic eruption!

The sky is red, reflecting the lava that is boiling in the crater and pouring on the flanks of the crater, above which we can see projections of liquid lava dozens of meters past the rim of the crater. I had never experienced a volcanic eruption, and this one will stay with me for its incredibly spectacular nature and before of the display of power coming from the earth.

The WHY is now heading down to 150°. Ahead of us the Pacific and 2300 nautical miles before we’ll see land again. Before our eyes were even looking South, our fishing lines are going crazy. It’s biting: two bonitos which will feed us for several days! 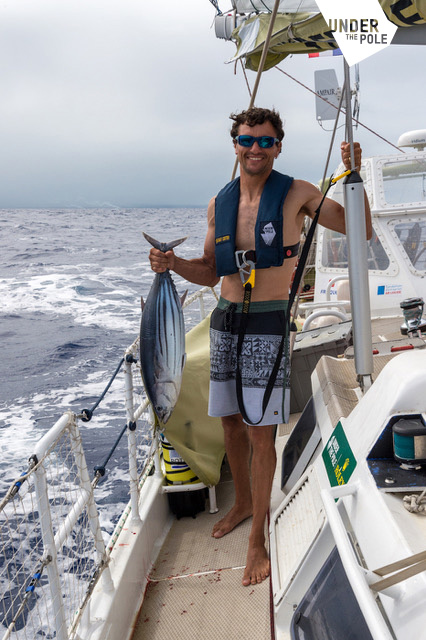