Christmas in the Marquesas by Emmanuelle Perié-Bardout 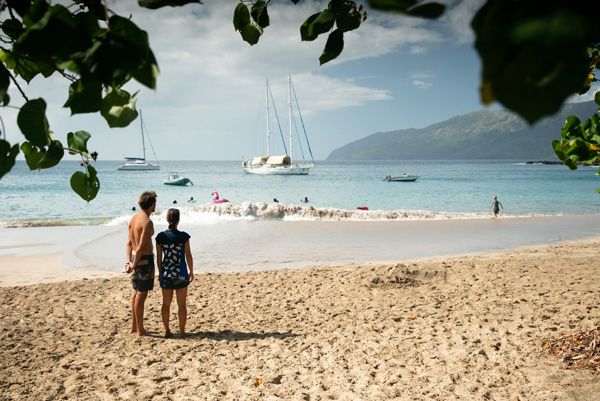 The WHY is moored in the Atuona Bay on the island of Hiva Oa in the Marquesas archipelago, where Paul Gaugin and Jacques Brel lived their last days, inpired by the raw beauty of the place and the authenticity of its people. On these islands, the polynesian culture is strong and time seems to have stopped. 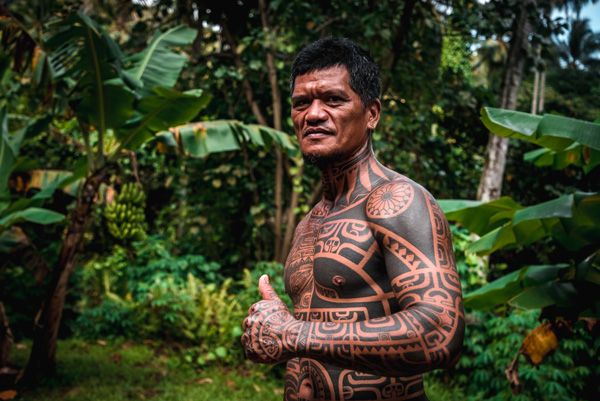 The team took a break for the festive season after five months of intensive diving.

Christmas was celebrated in the small Tahuata Bay, playing in the waves and grabbing some palm tree leaves to make a Christmas tree in the WHY. Robin and Tom made a great effort in decorating it, stoked and mesmerized by Christmas magical vibes. From what we’ve heard, Santa may have flown over the Marquesas islands, or maybe dolphins pulled his sled – it’s not completely clear – and came into the WHY through a window in order to leave the presents. 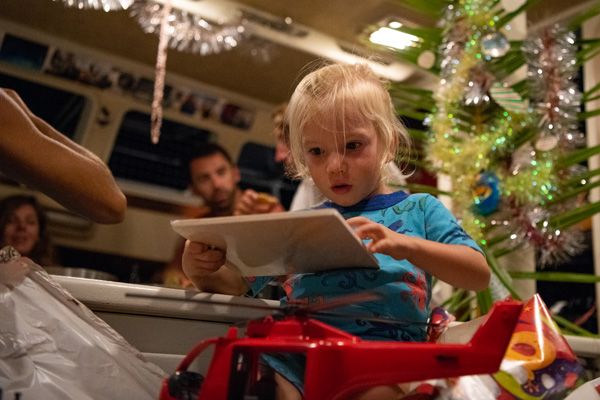 Everyone helped to cook a delicious Christmas meal, making great use of all the delicious fruits that can be found around here. 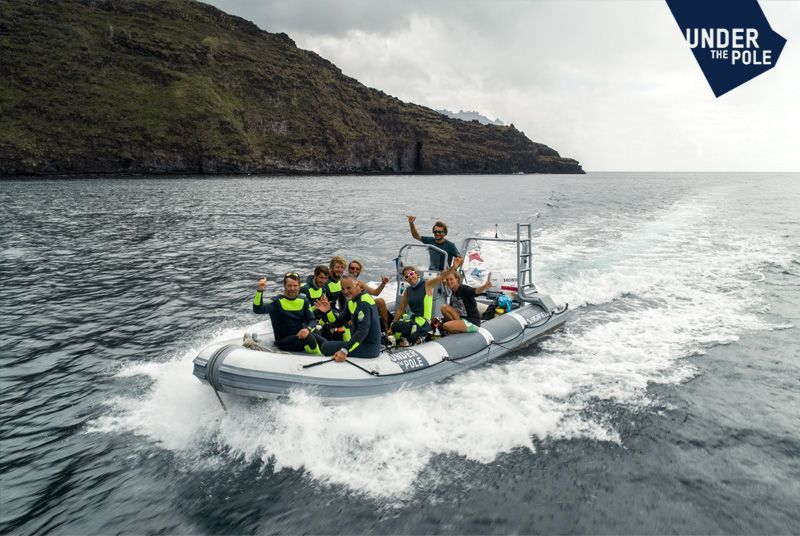 On 20th January, the scientific dives resumed and our two scientists Héloïse Rouzé and Gonzalo Pérez-Rosales came back onboard.

Here, the ocean is hostile and is extremely different to the welcoming lagoons that we have seen in the last months spent in the atolls of the Tuamotu. We are far from the crystal clear waters and the thousand shades of blue! What we find here are green waters, rich with plankton, with a spectacular amount of life even though it’s much harder to see. 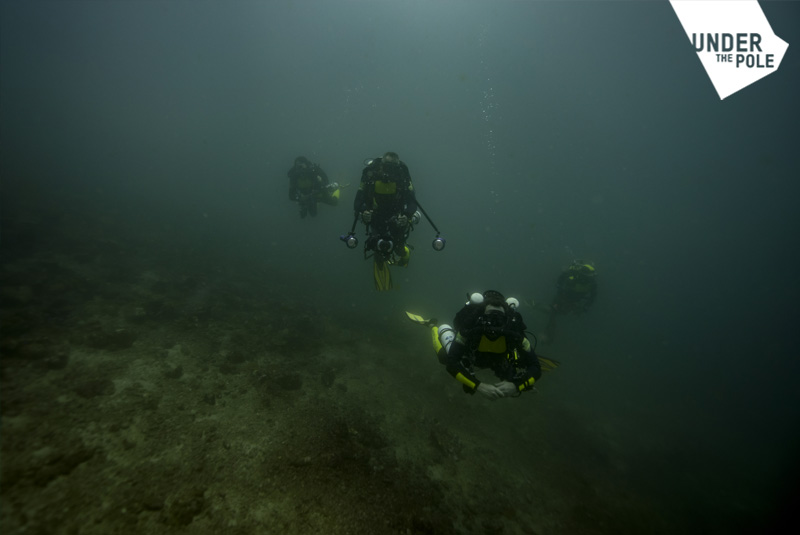 © Ghislain Bardout / Under The Pole

When we go diving in the howling winds, we rename certain capes ‘’Bering’’, after the Bering Strait that we crossed in Autumn 2017! The katabatic winds rush down the mountains, making immersions and resurfacing very challenging. Beneath the surface, we are facing a new set of challenges, especially to find sufficient depth. Until now, we only have been able to work on the program down -60m, whilst we would usually work at -60m/-90m/-120m.

No great cliff drops here, so we need to adapt. Corals are a lot more scattered here, certainly due to the lack of light and the more troubled waters. The scientists are satisfied nonetheless as the Marquesas archipelago is still widely unexplored so any sample brought back to the surface is a win. 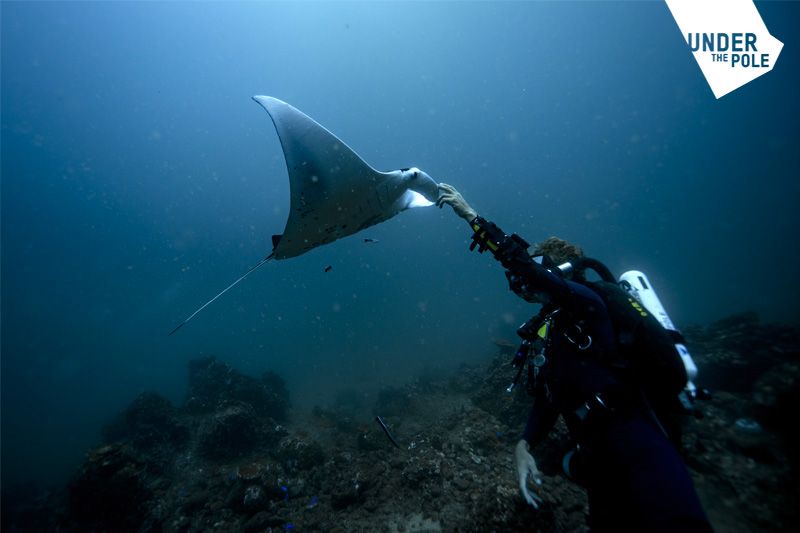 The waters are rich in plankton, which mean that they are also rich with fish. We regularly make encounters with amazing mata rays, marbled sting rays (endemic to the Marquesas), tunas or sharks. The main difference is we usually see them at the last second! Often, dolphins escort us as we move around

Aldo Ferrucci, deep rebreather diving specialist also joined us to help with the sampling, to take some stills as well as continue the training of the team. It is such a great pleasure to have him back and it is also an opportunity to prepare the Capsule program for which he will be Diving Director. 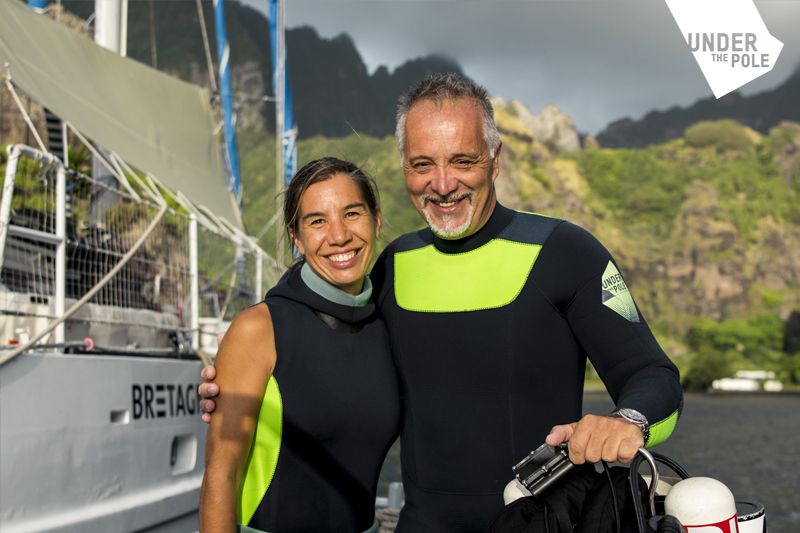 Early March, we will be heading towards the Tuamotu and then the Gambier, providing that no cyclone will be on our way of course, in order to continue the program. Over there, we will be joined by Laëtitia Hédouin the coordinator of the DeepHope project and by Michel Pichon, researcher and worldwide specialist of coral reefs. The motion team will also be back for a few days in the Gambier to wrap up the Arte documentary on the discovery of deep corals.

But for now, we’re setting sails for the wild island of Fatu Iva, the third island for us in the Marquesas. Tomorrow night, the WHY will be moored in the famous ‘’Bay of the Virgins’’, a magical destination for the round-the-world sailors. 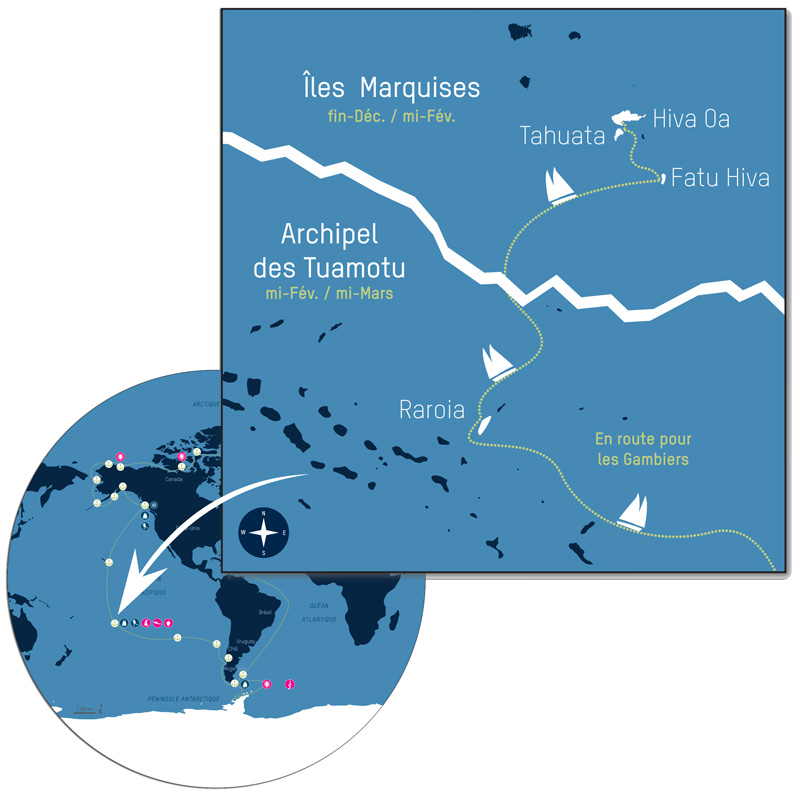