Can you introduce yourself in a few words (who are you, where you’re from, how old you were when you started diving, your experience as a rebreather diver, and the projects in which you’ve taken part in…)?

My name is Aldo Ferrucci. I’m Italian and I am a professional diving instructor. I started diving when I was pretty young, as a free diver. It was easy for me since I was living by the sea. I just had to take my mask, my fins and disappear underwater.

When I was 18, I was offered a small job: cleaning a boat hull. That’s when I put diving tanks on my back for the very first time. From that moment on, I started to dive regularly. A few years later, I got my first certification and I continued to train. Back then, It was still a hobby, not a career.

When I turned 35, It became my main activity. I discovered the Nitrox, the Trimix and rebreathers whilst I was travelling to the main diving show (DIMA) in New Orleans. I was hooked. I started to dive with Nitrox, then with Trimix and I took a course on a Dolphin semi-closed circuit rebreather in 1995. I was lucky enough to take part into major movie and TV projects as a Diving Director on sites with specific conditions. 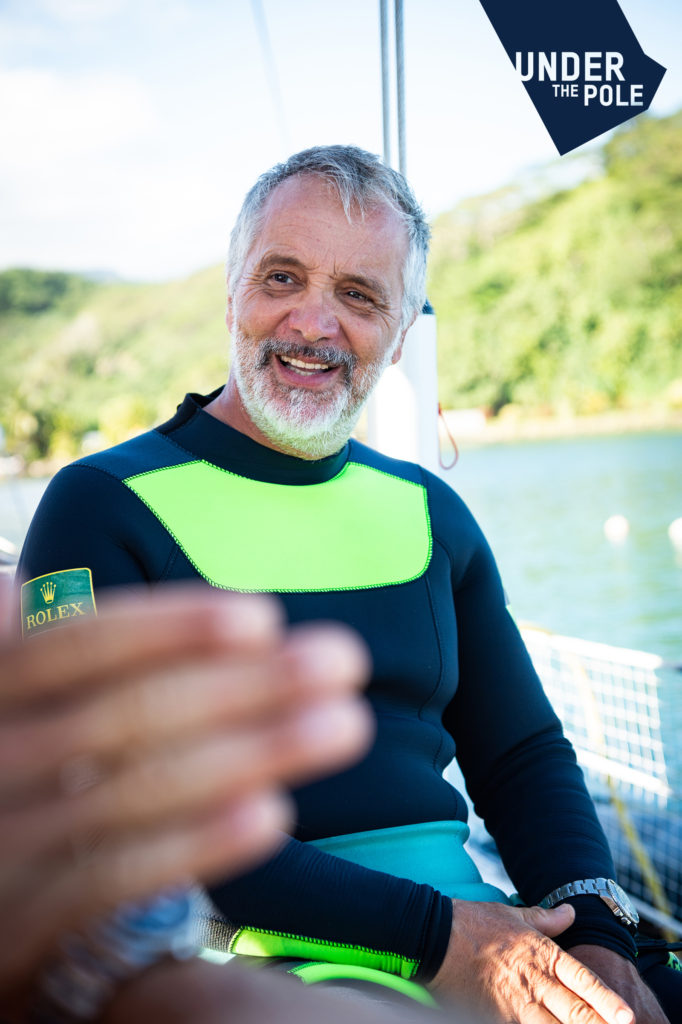 What is your role with Under The Pole for these few weeks onboard the WHY?

My story with Under The Pole started in the Paris dive show, where I met Emmanuelle and Ghislain. They asked me for my availability to perform trainings of all levels, to the most advanced one. We went over the existing certifications with dives down to 100, 120, 130 and 150M. But beyond this, being 24/7 with the trainees allow more time for discussions, ask questions, and be sure that all the information is received and understood correctly. It was a very interesting experience for me. 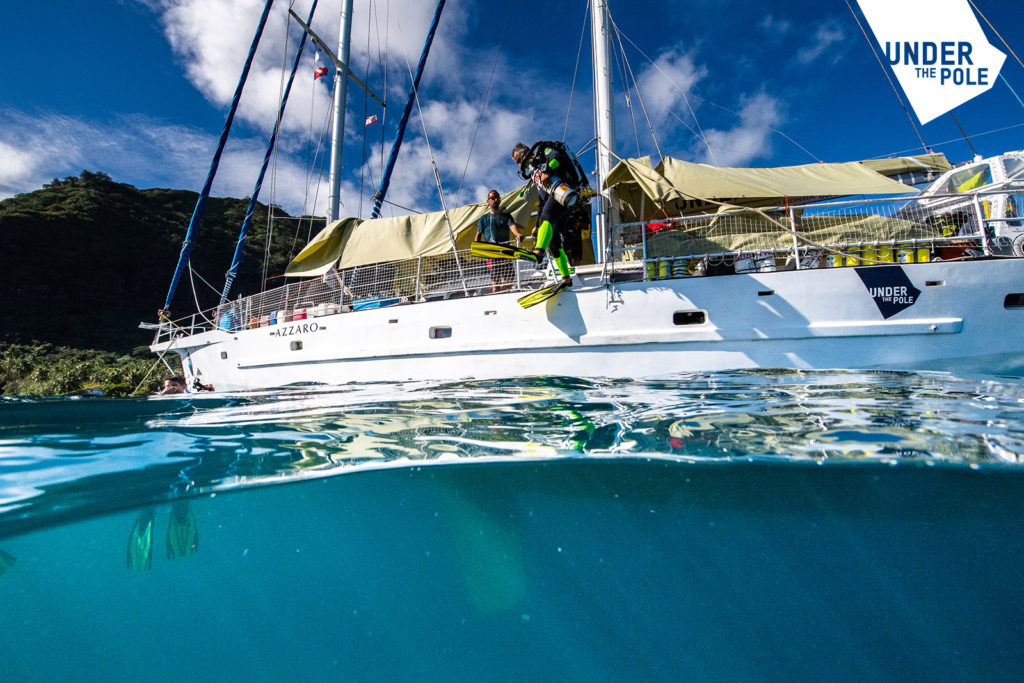 © Franck Gazzola / Under The Pole

How do see rebreathers nowadays? What have been the major evolutions to your opinion? How are they a revolutionary tool for the underwater exploration ? Was that the case 10 years ago ?

The market for rebreathers is highly evolving today, whilst conventional is now static. It appeals not only to good and experienced divers, but also to profiles with less experience who want to change their way of diving.
The main evolution is the increased reliability of the electronics, with computers designed and manufactured specifically for rebreathers, which wasn’t the case a few years ago. This has been a fast development. 2008 already looks like the dinosaur era compared to today. The improvements have also been in the area of safety and training.

Therefore, there more reliability and serenity altogether. In the main benefits, there is the absence of noise. Underwater actually becomes the world of silence. There are also no bubbles. There is a real close connection with nature, but also with oneself. When you’re in the blue, relaxed, you’re one with yourself, weightless with zero gravity. It’s a magical thing to experience.

For motion or stills, there is a benefit in staying under longer, without noise nor bubbles – Fish are less scared of us.

For the scientific work, it’s amazing ! Observations are done for much longer and can be done much deeper without a cumbersome decompression equipment. This opens the doors for more discoveries and a better understanding of the environment.

I think that the main developments to come are on the quality, but also on the weight and ease of use of the equipment, specially targeted to the average diver who doesn’t want to have to deal with a complex piece of gear. 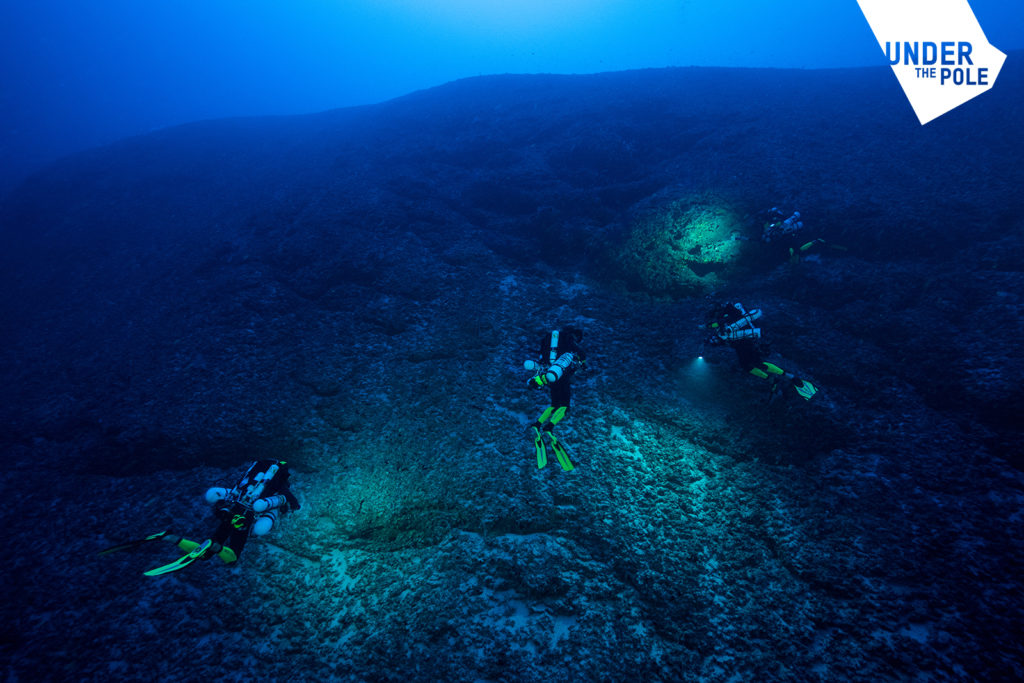 © Aldo Ferrucci / Under The Pole

What are you best memories as a diver?

Every dive is different, but for personal reasons, it was my first dive on the Andrea Doria, an old italian commercial ship which is sunk off the coast of New York. After watching a documentary on TV, I decided that one day I would dive this wreck. Back then I wasn’t even a diver. If someone old me I would dive it one day, I wouldn’t have believed it. In 2000, I did dive on it. This wreck was pretty damaged because of people who raided the Art which was onboard, the vis’ was poor, but the emotion was there with me.

To wrap it up, can you tell us something about a highlight or a story that happened during this month of July?

Those were 3 intense weeks of work, of sharing and personal relationships with the people onboard. The best feeling is to see people being all smiles at the end of the day or at the end of the training. Seeing this 360º of smiles was pretty incredible!

Another one was the deep dive with Julien and Ghislain, where we did not expect to find such a spectacular environment at those depths. The deeper we went, we expected life to become more scattered. Between 60 and 90m, life was rare, but beyond 90m, life was thriving again! We observed species that I had never seen before and which we could not find in our identification books.

But beyond the dives, I enjoyed the atmosphere, the colours and this water clarity. Down at 120m, we could still see the sun which is incredible. This month of July onboard the WHY was a real life experience and of incredible sharing. 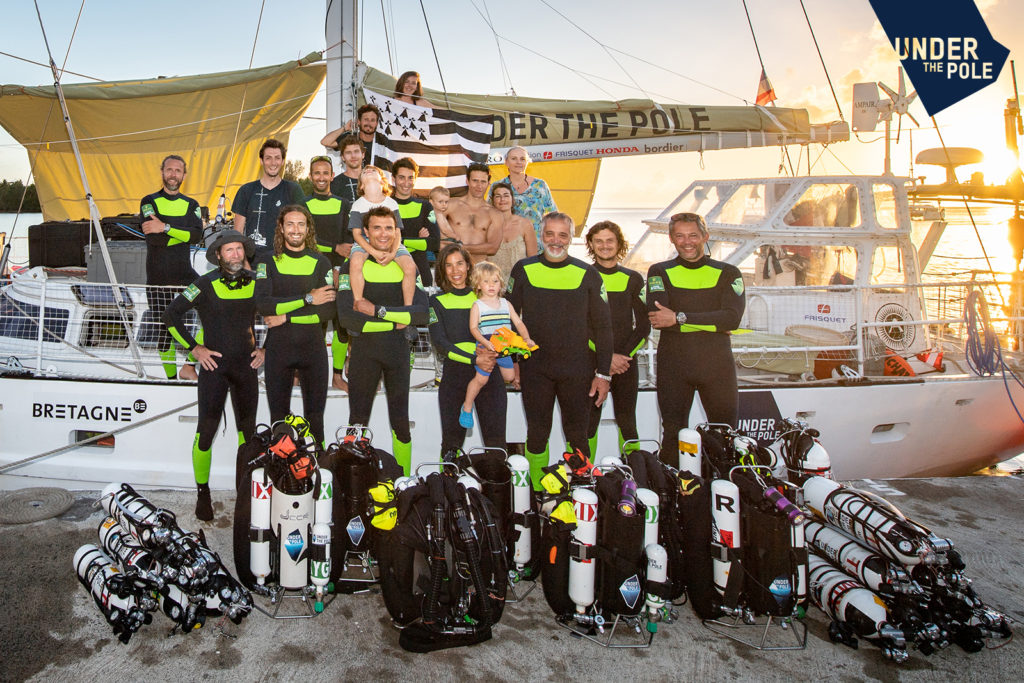 © Franck Gazzola / Under The Pole