Laetitia Hédouin, can you introduce yourself ?

My name is Laëtitia Hédouin. I am in charge of Research at the CNRS with the CRIOBE (Insular Research Center and Environment Observatory) based in Moorea. It js a French laboratory specialised in the survey of coral ecosystems. Personally, I work on corals, focusing on the earlier part of their life. I am currently coordinating the scientific program DeepHope, in collaboration with Under The Pole as part of the expedition Under The Pole III – Twilight Zone, which aims at a better understanding of coral populations in the mesophotic areas.

Copyright Emmanuelle Périé-Bardout / Under The Pole

Thanks to Ghislain Bardout and his team, the DeepHope program allows us to study a widely unexplored ecosystem which immediate protection and conservation of its biodiversity are absolutely critical. Given its importance and its international scientific interest, the research done on mesophotic corals is strongly supported by the French ANR (National Agency for Research), a grant from the École Pratique des Hautes Études, from the French Environment Department, from French Initiative for the Coral Reefs and the Delegation for Research of French Polynesia.

Laetitia Hédouin, why are the observations dn conservation of the coral reef so important?

Up until this day, 2 million species have been discovered, one third of which come from the oceans. In the oceans, coral reef occupy an extremely small footprint, less that 1% of the planet, but they are the most diversified ecosystems. They are home to 25% of all marine life and their biodiversity is equivalent to the tropical forests. The first thing that comes to minds when talking about reefs is a great diversity of colourful life in clear, warm and shallow waters, but they are more than just a vivid and diversified underwater landscape. Reefs are supporting humans in several ways and are worth about $30 billion per annum. Without the services provided by the reefs, we simply cannot survive. For instance, the tsunami in Sumatra in 2004 killed 300 000 people, but without the critical role of natural shield played by the reef, the outcome would have been far more disastrous with millions of deaths. Reefs are one of the last prolific habitats on Earth that remain widely unknown by society, despite feeding over 500 million people and being the basis of a touristic economy estimated to $9.6 billion yearly. The coral reefs are not just useful for the insular populations, but their impressive marine biodiversity is like an underwater pharmacy at the origin of encouraging leads for the medical research. Medicines have been already developed to treat cancer, asthma and arthritis. 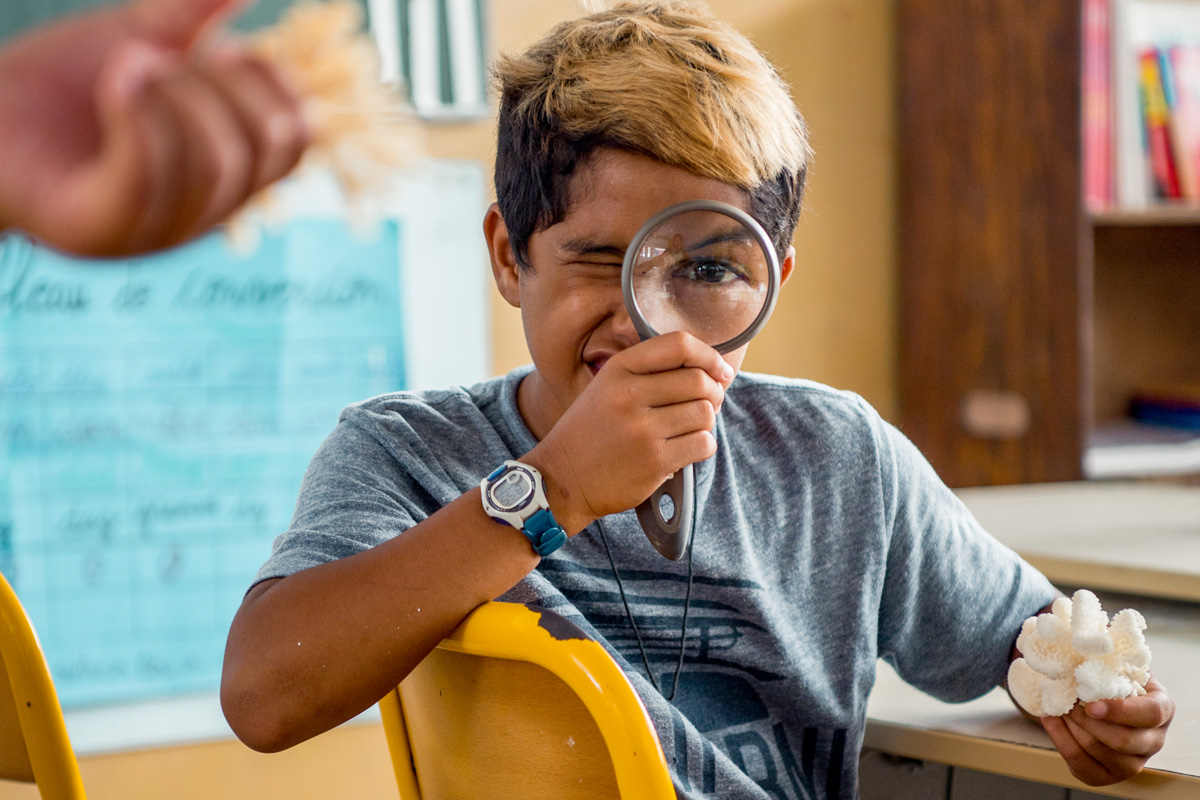 Can you explain what the mesophotic corals are and why it is so critical to study them?

The Mesophotic Coral Environments ‘’MCEs’’ (from -30m to -150m) are still widely unexplored due to technical and regulatory constraints, compared to the shoal corals. However, the little works that have been done in the recent years showed the critical role that MCEs could play, especially as they could act as a refuge for the shallower corals by being the source of new seeds for the superficial reefs impacted by human activities. With this increased human related risk, corals will probably be the first victims of the rapid upcoming environmental changes, and we will unfortunately see some local or regional extinction. It therefore urgent to map, to make an inventory and to understand the MCEs, as well as identify the potential refuge zones which could play a role in the resilience of the shallower reefs. 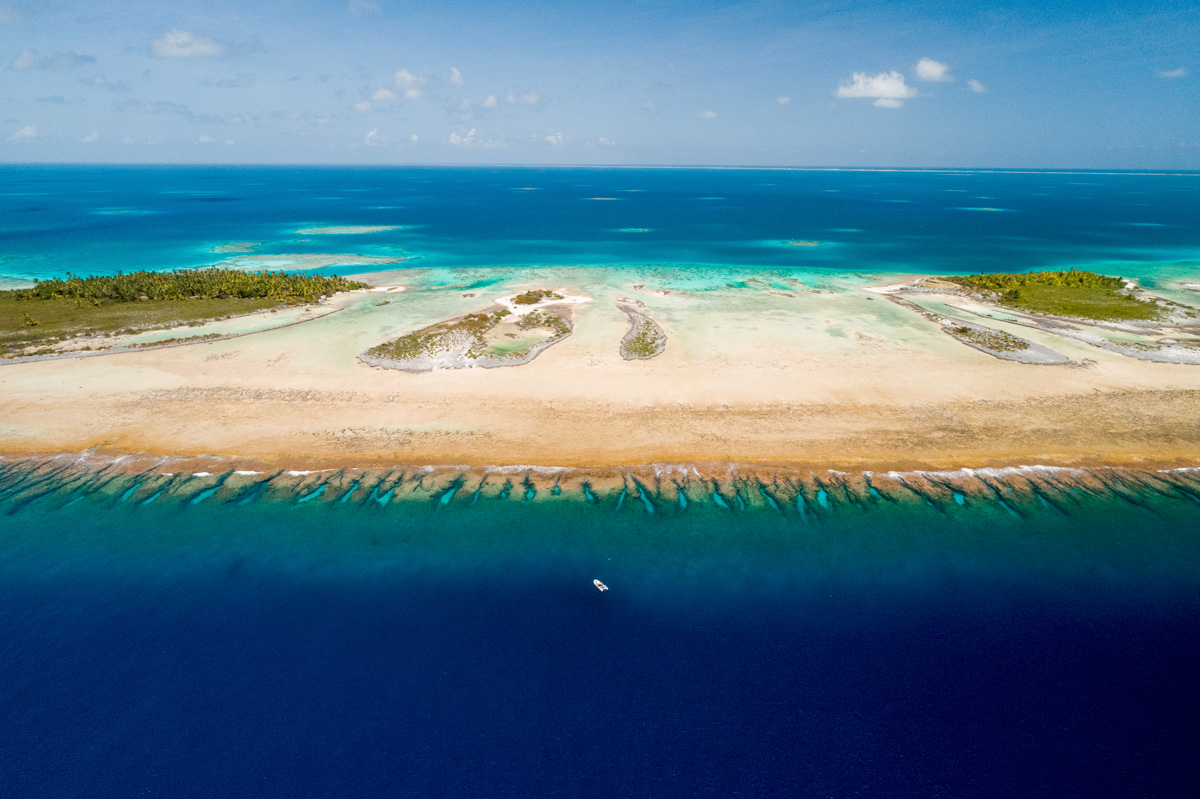 Laetitia Hédouin, can you tell us more about the DEEPHOPE program?

Today, together with Under The Pole, we are leading the largest scientific expedition ever deployed on the MCEs. After the first eight months of expedition, the yield of samples brings the proof of a coral life more important than we could initially imagine. This discovery reveals a totally different picture on the way reefs tend to function. They operate as a continuum from the surface to the mesophotic areas, with different coral communities living next to each other. Up until this day, we thought that about 25% of corals could live from the surface down to greater depths. What we have discovered is that this trend is completed inverted with over 60% of species being also present at depth. This is a fundamental discovery and it supports the hypothesis that corals could find shelter deeper, where the environment is less impacted than in the shoals. The scientific program DeepHope led in French Polynesia forces to revisit our understanding of the corals’ biology. Every day of the expedition we make new discoveries which feed our enhanced understanding of coral reefs and modify our perception of the importance of the deeper reefs. On 4th April 2019, the Under The Pole team collected the deepest coral ever sampled at a depth of -172m, which now asks new intriguing questions on the capacity of corals to live in hostile environments. 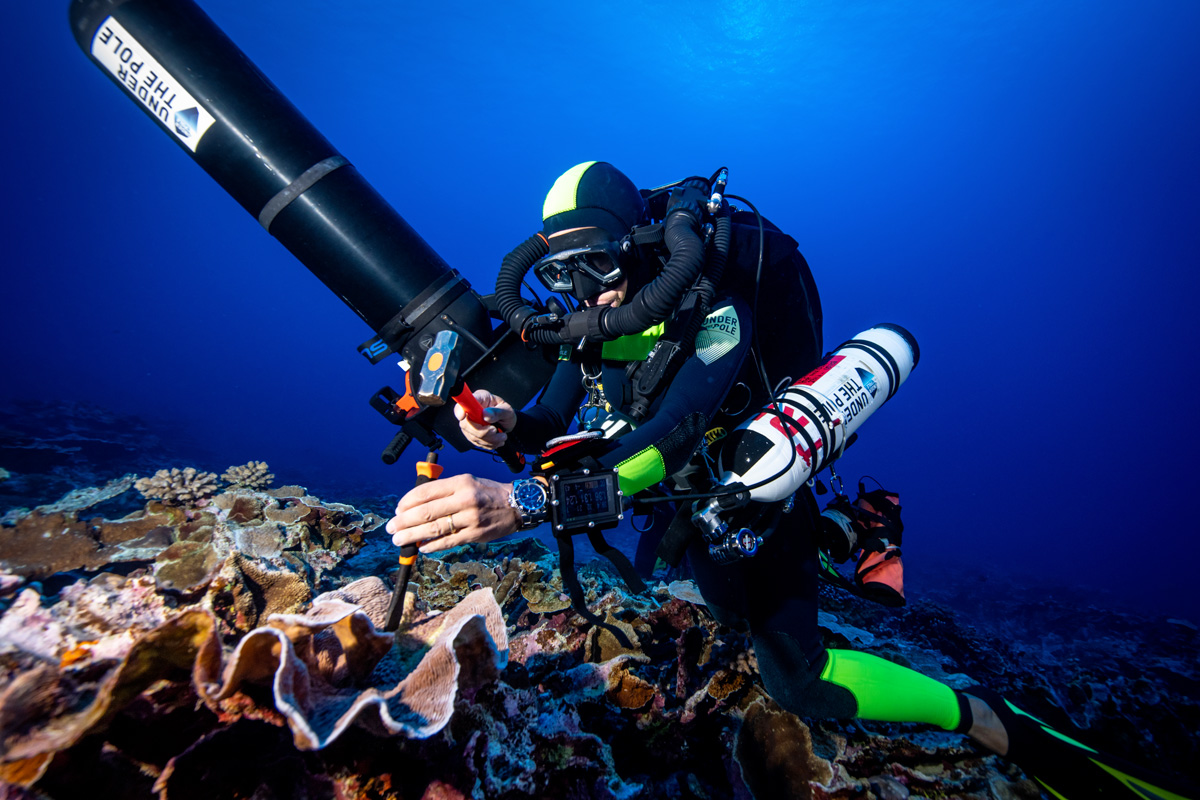 And then, how will DEEPHOPE continue in the future?

DEEPHOPE will continue until June 2019. The results of the program will have an international outreach and will set the new baseline of improved knowledge on the MCEs. Today, they constitute a real hope for the restoration of the reef thanks to a contribution in larvas to recolonise the shallow reef. Without the deep corals, the chances of survival of the superficial reefs currently facing unprecedented global changes would be very slim. By shedding some light on a widely unknown part of the reefs, we hope to contribute to the implementation of management and protection measures to preserve those reefs. The partnership with Under The Pole will then continue with the CAPSULE program. In this quest to save the corals, we now need to understand a critical moment of the corals life: their sexual reproduction. Only a few nights per year, corals release their reproductive cells in the water column which will fertilise and create a coral larvas. This process is vital for the renewal of coral populations, as it allows for new coral colonies to settle on the reef. Yet, the exact date and time of this critical event of the corals life cycle is only known for a few species in French Polynesia and has never be observed in-situ. Gaining a better knowledge on the sexual reproduction of corals is essential for the development of super corals, which would be the result of genetic crossing of the more resilient colonies. The Capsule will be a unique opportunity to monitor the reef over long stretches of time and capture this brief moment of underwater romance which usually lasts less than 60min. The Capsule will also help to set new boundaries in terms of knowledge of the reef ecology during the corals spawning. For the first time, the reef will be monitored before, during and after the spawning episode, which will give some insight on the influence of the reproduction of corals on the rest of the reef environment. 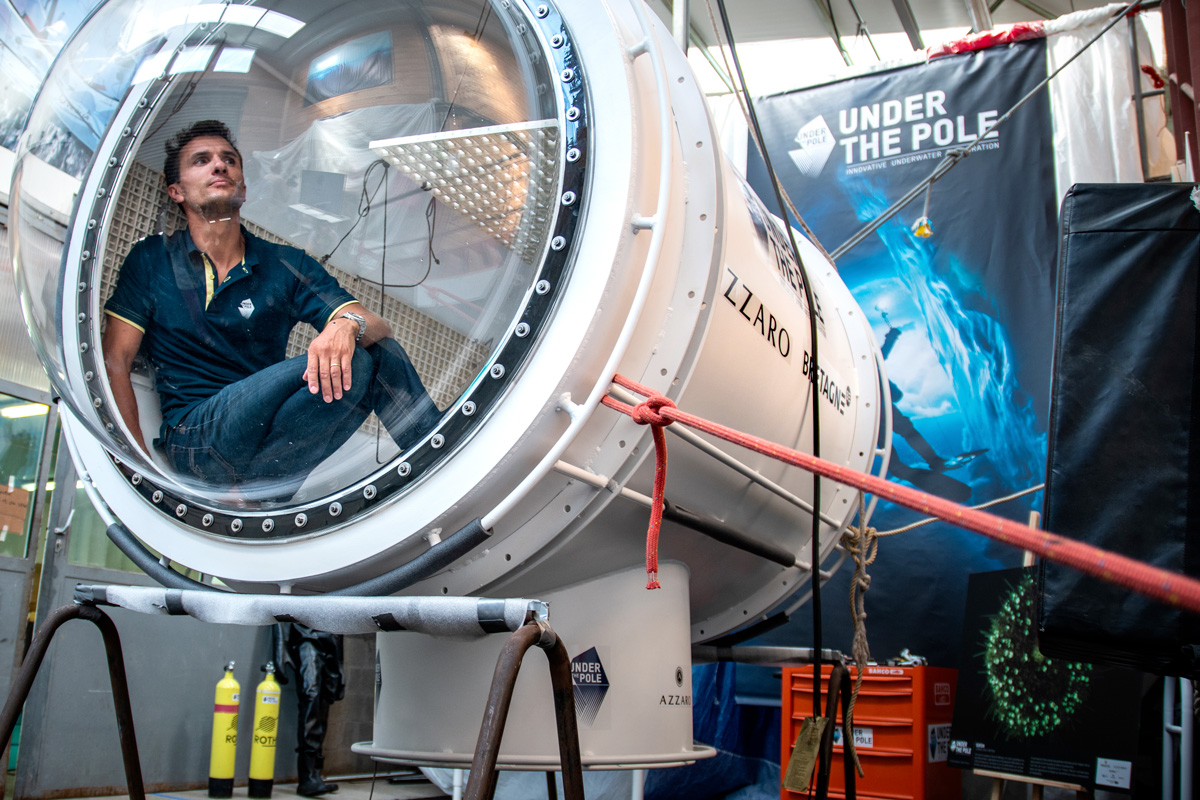 Copyright Quentin-Mateus / Under The Pole

Today, it is my oleasure to share with you the utmost importance that this collaboration with Under The Pole has in my eyes and that the discoveries that arose from this collaboration already exceeded our initial expectations. Scientifically, the DEEPHOPE project will remain the game-changer in the knowledge of the mesophotic reefs thanks to the intense diving regime of the Under The Pole team. It will become a reference in the world of exploration and coral reef discoveries. We will never be talking about coral reefs anymore without taking into consideration the depths as being a potential survival raft. The mesophotic corals represent a real hope to restore the reefs.