Can you introduce yourself in a few words ?

My name is Michel Pichon. I am an Agronomist Engineer (Paris), a Doctor in Oceanography, Doctor in Science (Marseille), graduated in Oceanography from the ORSTOM, Officer of the Order of the Academic Palms. I started my career as a oceanographic research in the South-West of the Indian Ocean, and I decided to specialise in the study of coral reefs. I have spent most of my career in Australia, first a marine biology Professor at James Cook University (Cairns) and then as Deputy Director of the Australian Institute of Marine Science (Townsville), before ending my career as the Director of Studies at the ‘’Ecole Pratique des Hautes Etudes’’ (Laboratory of Perpignan, France). I’ve led several research teams and many expeditions in specific corals reefs in the Indo-Pacific region, and have collaborated with teams from the US, France, Japan and Australia. During the last years, I specialised in the study of mesophotic corals and deep symbiotic corals. 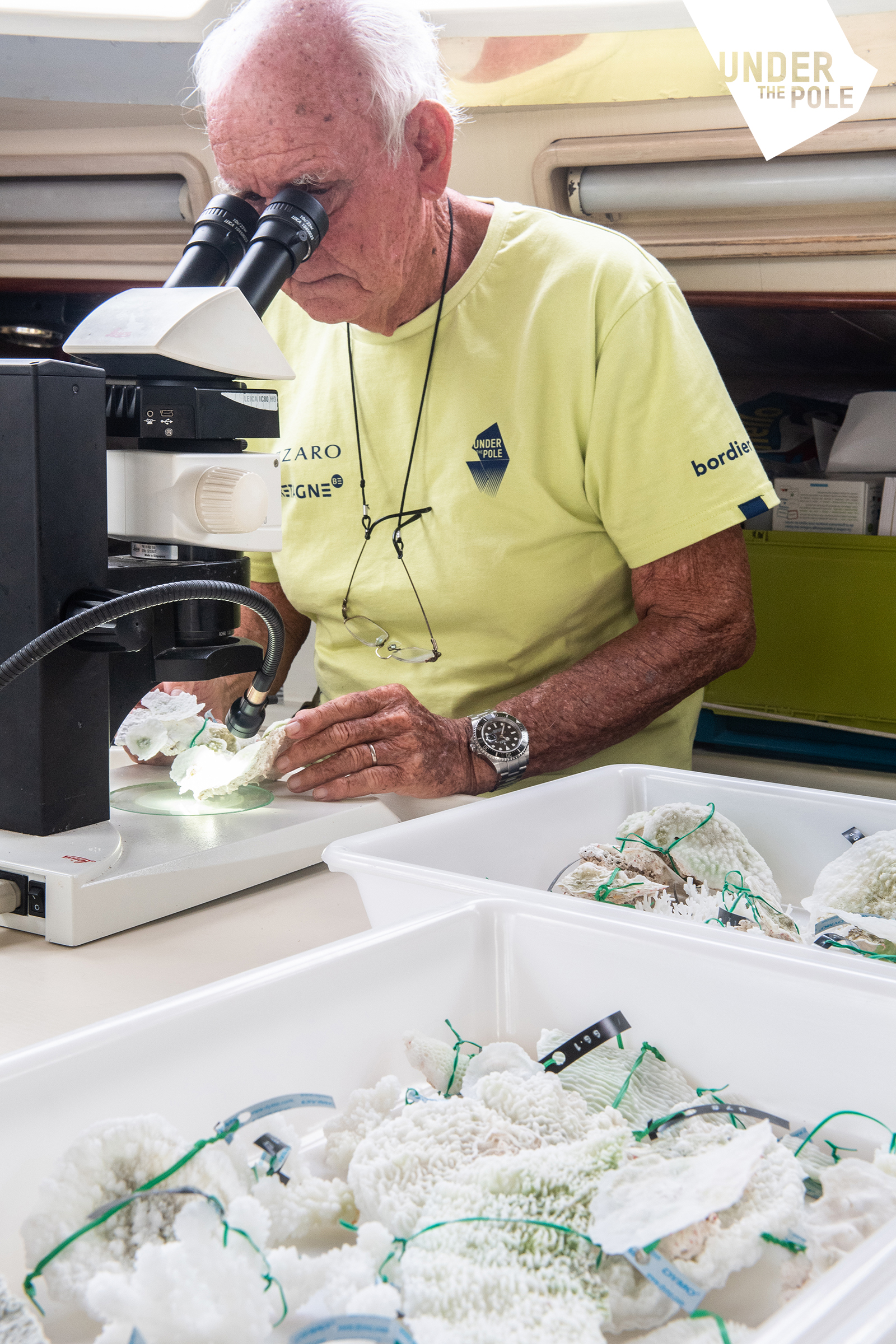 What is your role on-board the WHY and what does it entail?

My role is essentially a coordination and supervision of all scientific operations, in relation with the diving activities. I ensure that all activities associated with the scientific research run smoothly. Specifically, I take care of the preliminary identification of the samples of mesophotic corals brought back by the technical divers (or confirming the identification of samples of the target-species) as well as treating the samples and maintaining the associated data-base. Generally, there are 2 of us scientistes on-board.

What are you looking for in the samples that are brought back to the surface?

Before being brought back to the surface, the corals are systematically photographed with photo-quadrats at some pre-defined standard depths, which give us an idea of their repartition and density. On-board, the first step is to do an inventory of the species living deeper on the external slope of the reef. The collected samples are prepared for future further identification. Moreover, some samples are also collected and prepared in a different manner in order to study their population of zooxanthellae algae, associated micro-fauna and micro-flora, their reproductive capacities and for genetic studies (samples taken for DNA analysis). 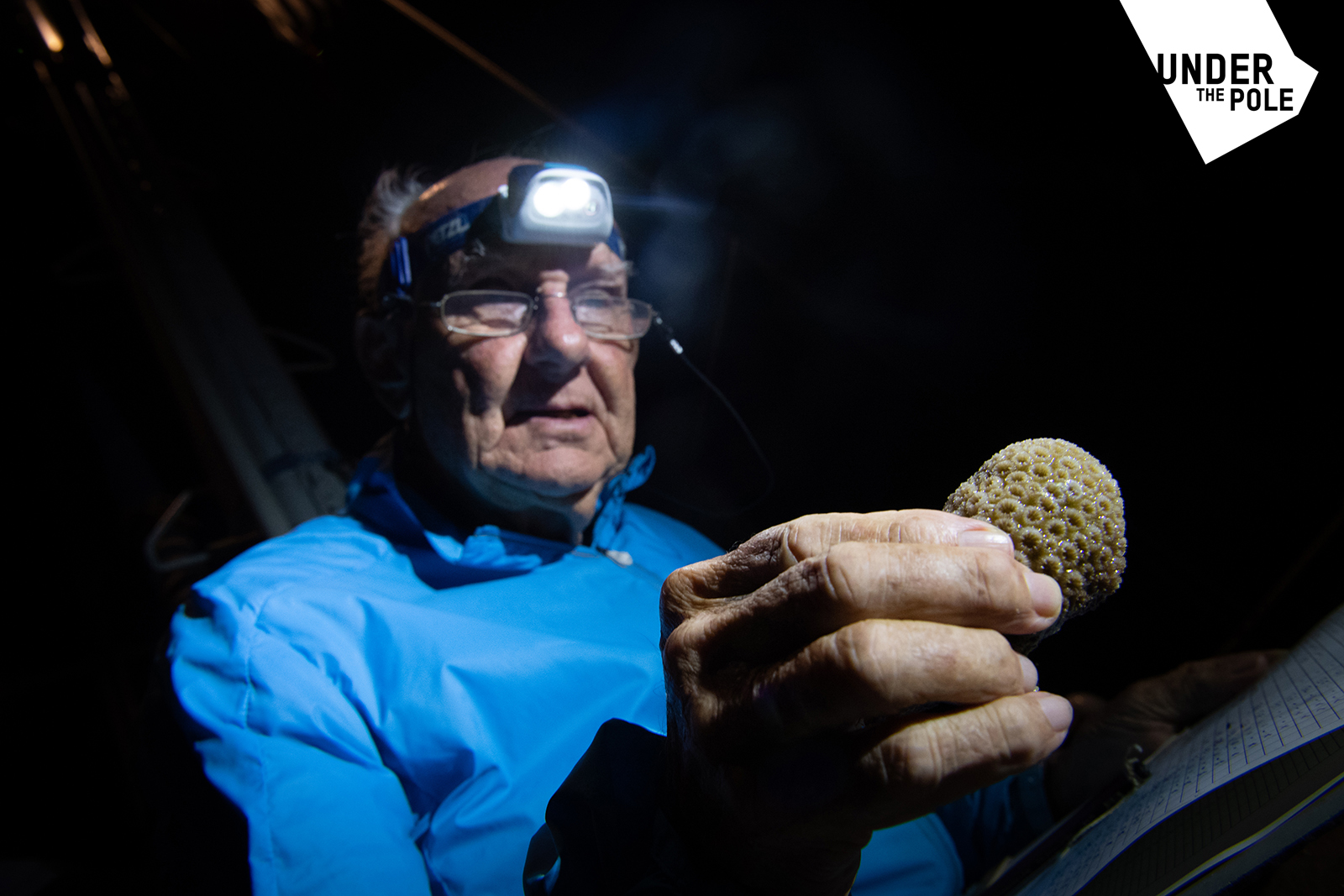 What do you wish to demonstrate with the samples taken in all 5 French Polynesian archipelago?

Generally speaking, the samples will help us devine the composition of the mesophotic corals in those different areas, to compare them and explain the differences by other factors like biogeographic ones, or the variation of other environmental factors like the physical characteristics of the environment. Furthermore, the analysis done on the samples will allow us to explain how the mesophotic corals have been able to adapt to very specific environmental conditions (low light, lower temperatures, etc.) and to evaluate the potential for the mesophotic zone to become a shelter and a nursery for the species living in the shoal areas, which are already under a strong amount of stress due to global warming and human activities. 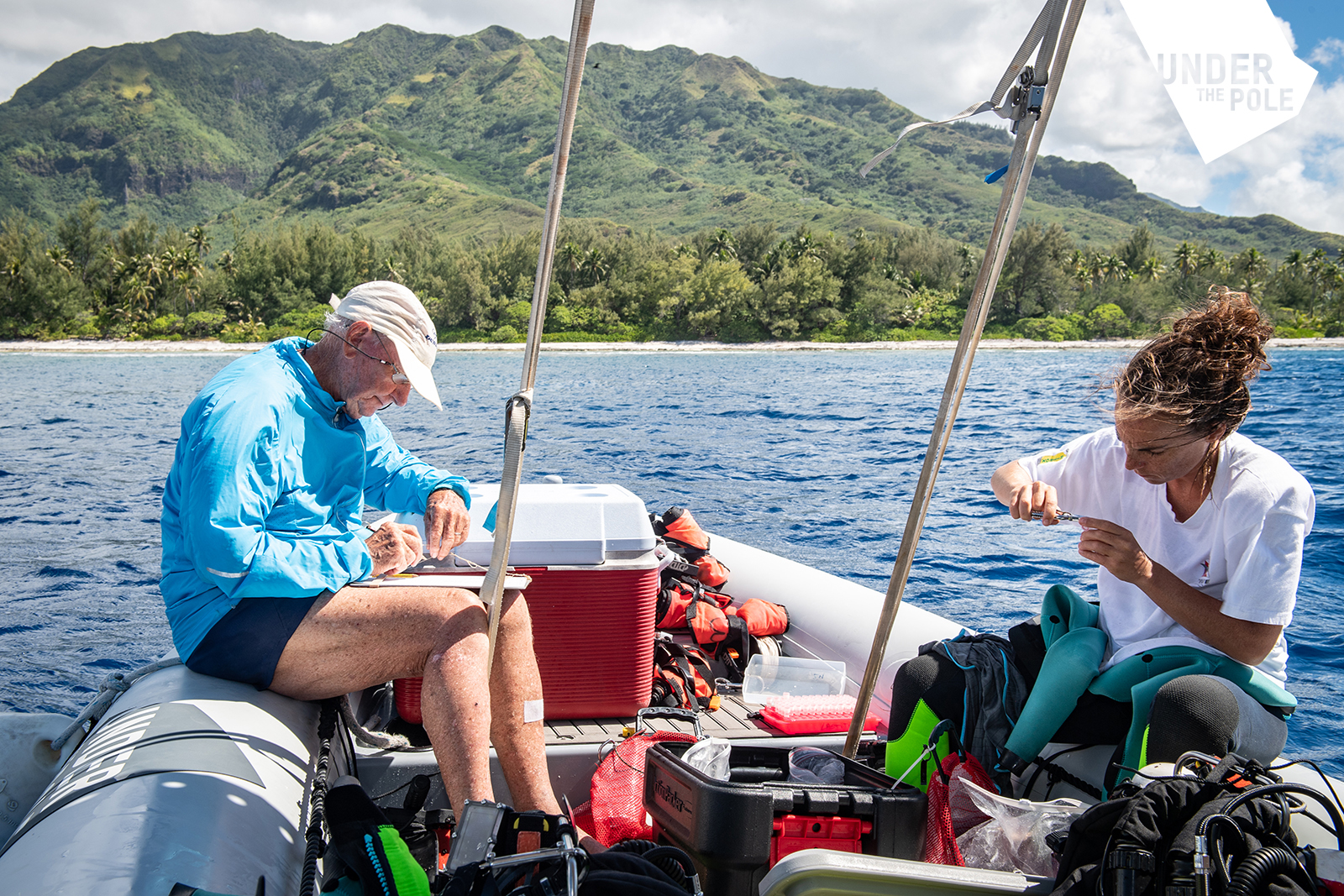 To wrap this up, can you tell us about one of your most memorable moments on-board during those last months?

First off, as a Scientist, seeing the photos in situ of the deep corals populations have been some of the highlights for me, especially looking at the incredible coverage of Leptoseris solida past the 100m mark on the island of Makatea.

But beyond that, the human adventure is second to none: being on a ‘’family’’ boat (hello Robin and Tom!) fitted out for technical diving and audio/visual work, often cramped, with no actual space nor dedicated equipment for science have been a unique (and successful) experience. It’s like being with your family on-board, with a great sense of fraternity. It is the first time, and maybe that last time, that I see a team with such availability, such a common passion for the project and people working with such professional standards, especially in regards to safety. 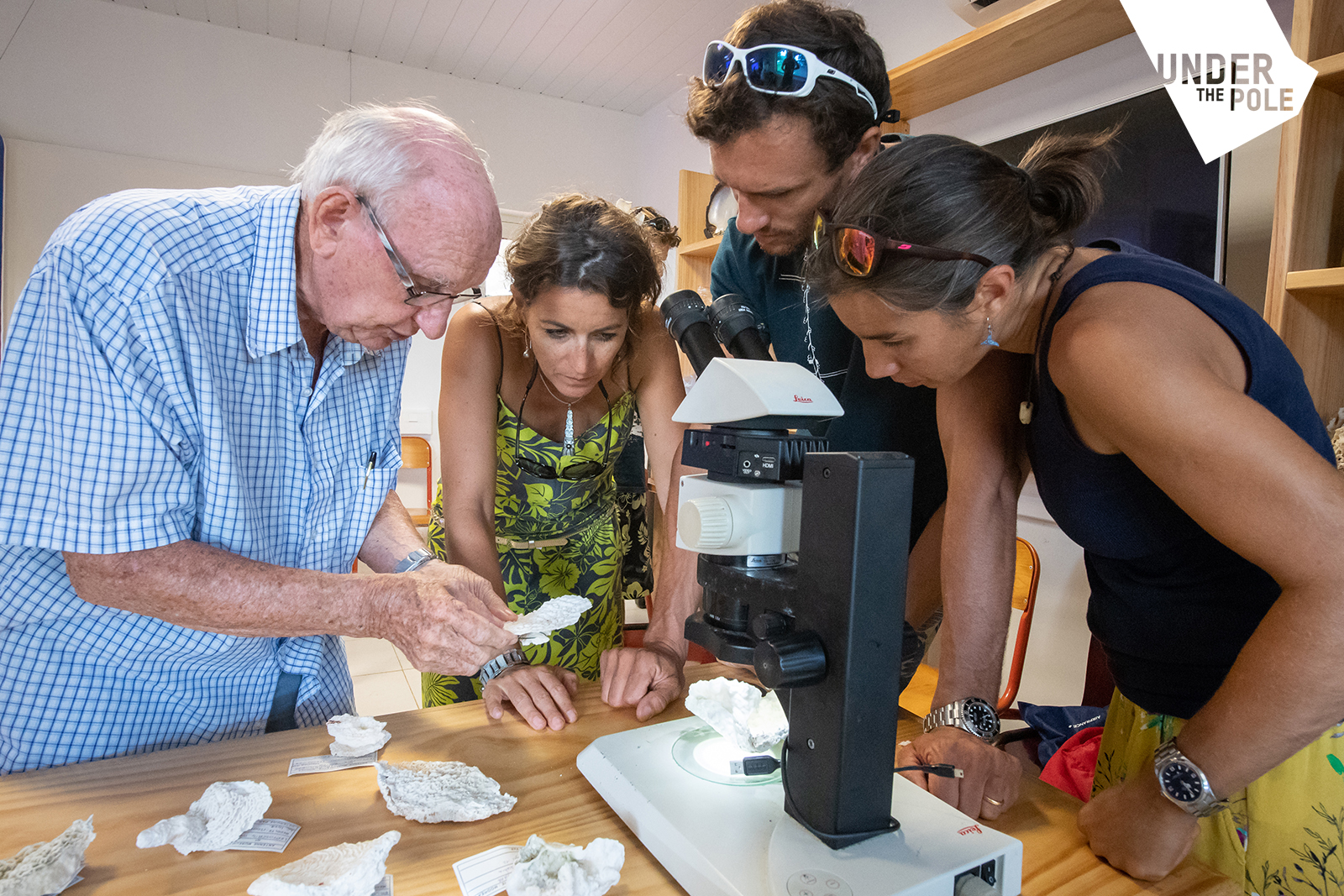