Focus on the WHY: Under The Pole’s expedition’s schooner

Ghislain, can you tell us how you initially crossed paths with the WHY? When did that happen?

I often say tell that the WHY is an old new ship, as when Emmanuelle and I bought her she had already been built for 30 years but had never sailed.

Our story with her started in 2010, a few months after we got back from the pole for UTPI. We wanted to keep exploring the Arctic underwater, but from a boat this time. The expedition we had just completed was only doable by ski-pulka, but if we wanted to explore more waters, cross straits, or discover the fjords of Greenland or Canada, we needed a very different approach in regards to the logistics. We needed a ship capable of taking a crew of 10 with a lot of gear, plus we needed this boat to have the right features the navigation in polar environments.

Of course, it had to be a sailing yacht for a greater autonomy, a higher degree of indépendance and elegance. We had a technical brief, a project – which would become UTPII – that we were busy writing, and therefore we started to dream and to look around for such a boat, which are very rare to come by…and expansive.

Our friend Sam called us one day to meet him at the shipyard in Port Lavigne, in Nantes (France), where he was then preparing a new sailing yacht for her friend Marion, for a trip around the world.

We found there a massive haul on the ground, clearly abandonne, with a unique size and shape. I was pouring down that day. I remember looking for our way, entering the yard and driving slowly amongst the boats and seeing her, just in front of us. I knew it was her, as she was exactly as Sam described her to us, and indeed she was totally unique. 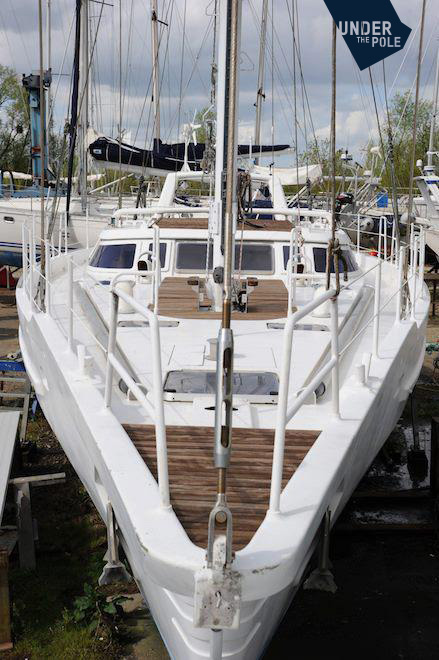 After 3 years of discussions, financial proposals, and negotiations, we bought the WHY in April 2013.

The WHY was put in the water in Nantes before a large crowd, after a first make over done at the shipyard.

I felt extremely emotional that day.

We sailed down the Loire river and for the first time the WHY sailed out to sea in order to get to Concarneau, her new home. 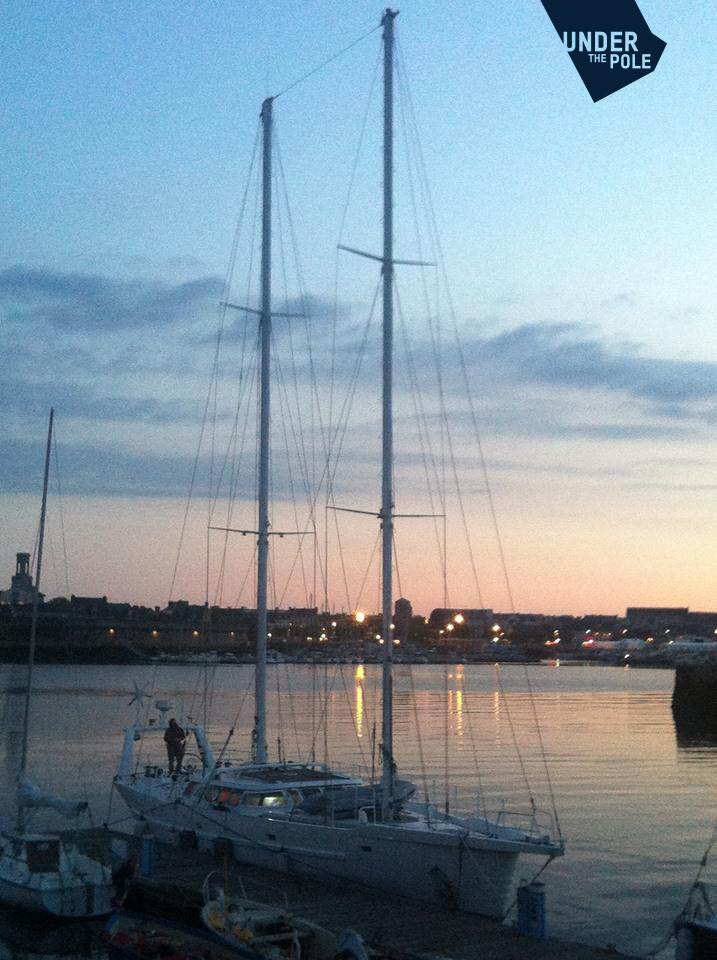 The Why just arrived at Concarneau, in the early morning of May 26, 2013 after a beautiful navigation from the port of Nantes
© Under The Pole

Since then, the WHY has been extremely loyal to us. Emmanuelle and I realize every day that she’s an amazing sailing boat for the expeditions. 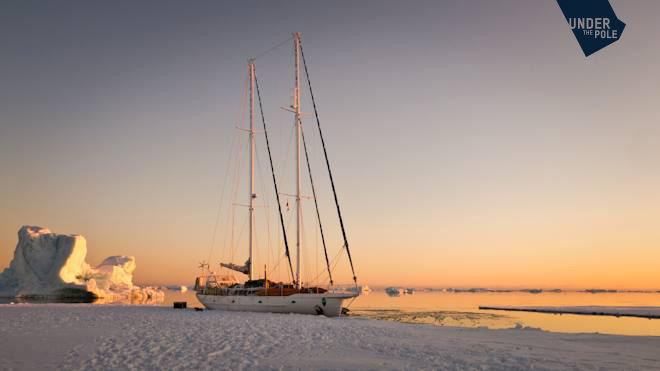 The Why and the ice
© Lucas Santucci / Under The Pole

How does a polar ship get adapted to tropical sailing?

How are we going to cope with the weather onboard the WHY? How is the WHY going to protect us from the tropical sun?

Getting one step ahead, we had already installed a freezer last year and a new bigger fridge. A kind of basic preparation for the warmth, if you will.

During the last works in Sitka, Alaska, we have re-installed a water maker. The best thing we’ve done is the installation of a small shower on the deck, as a symbol of being (temporarily) really far away from the cold regions.

We were right to do those adjustments. After just a few weeks spent between the tropics and the equator, we’ve found those improvements to be not only necessary, but also very appreciated by all. On top of that, we used the opportunity of the stopover in Hawaii to invest in 2 really large Eskys and a roofing system to protect ourselves from the sun – it will be on from July onwards.

Additionally, we will be installing this month a new freezer to store the scientific samples.

I can now say that it seems easier to go from cold to warm than the other way around, and it is – apparently – the same in regards to diving.