After 22 months in the Arctic, 2 Atlantic ocean crossings (with 1 during winter), freezing sea sprays, a wintering trapped in the ice, thousands of miles of navigation,… and an unfortunate collision with a fisherman’s boat, the WHY deserved a serious facelift. She spent a few weeks during spring in a dry dock, where heavy duty works were done: carpentry, welding, hull painting, anti-fouling,… The WHY was then put back on water on May 24th, more beautiful than ever with a new color below waterline that now brands the world of Under The Pole: a yellow that reminds the color of our diving bottles and our jackets in Greenland. Impermeability works have also been done: we designed and built a new watertight door for the stairs in the aft deck, to make the ship fit to navigate in tough regions (Northwest Passage in summer 2017, Antarctic region in 2019-2020). 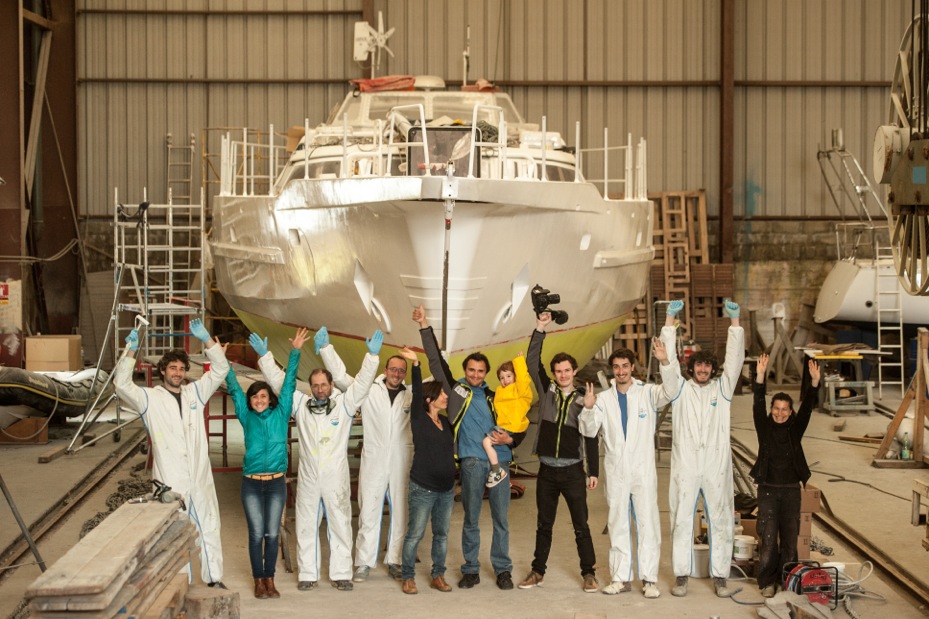 The whole team in front of the WHY and her new yellow anti-fouling. © Lucas Santucci / Under The Pole

This summer, the WHY sailed to Brest 2016 (a large navigation-related meeting) where we presented our expeditions to the public. We then sailed to the Glénan Islands where our team followed diving trainings in the CIP Glénan. In the ship’s main room, the team sat around a world map, bustling conversation about the upcoming journey were heard. Meanwhile, Robin was finding his footings while his brother Tom, the new apprentice sailor, was sleeping, happily cradled by the waves in his hammock. 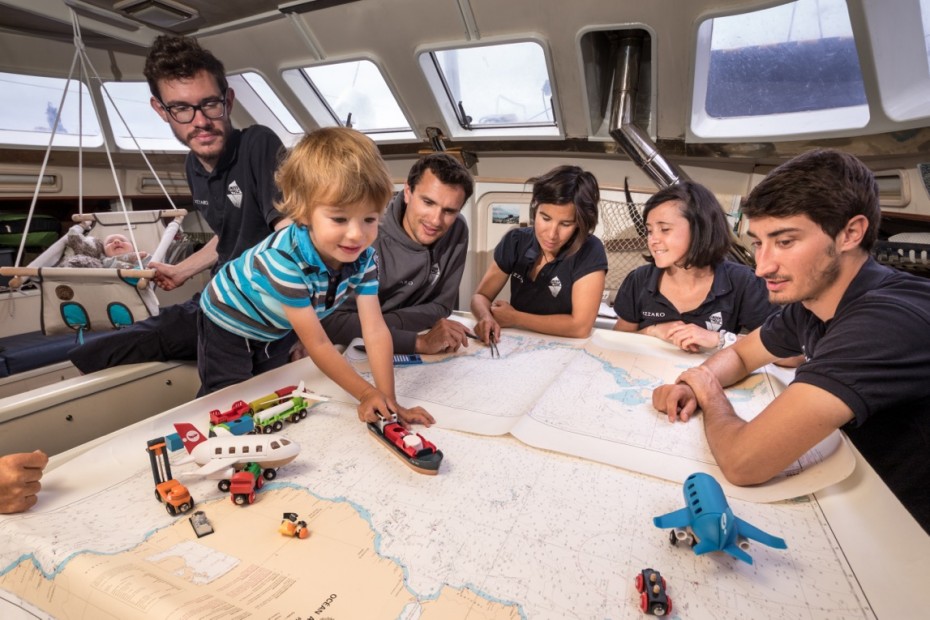 An unfolded map sets the imagination of the sailors free… and becomes a new playground for Robin! © Lucas Santucci / Under The Pole

Since this fall, the WHY stands still again and a team works hard everyday to make her operational for her next mission. Among the numerous tasks under completion: installation of a of an electric generator, made-to-measure freezer to store food and scientific samples, electricity, sail rigging,… The frenzy of preparation will intensify until spring 2017, when the ship will locally sail. She will then be fully loaded for her world-tour departure, in May 2017. 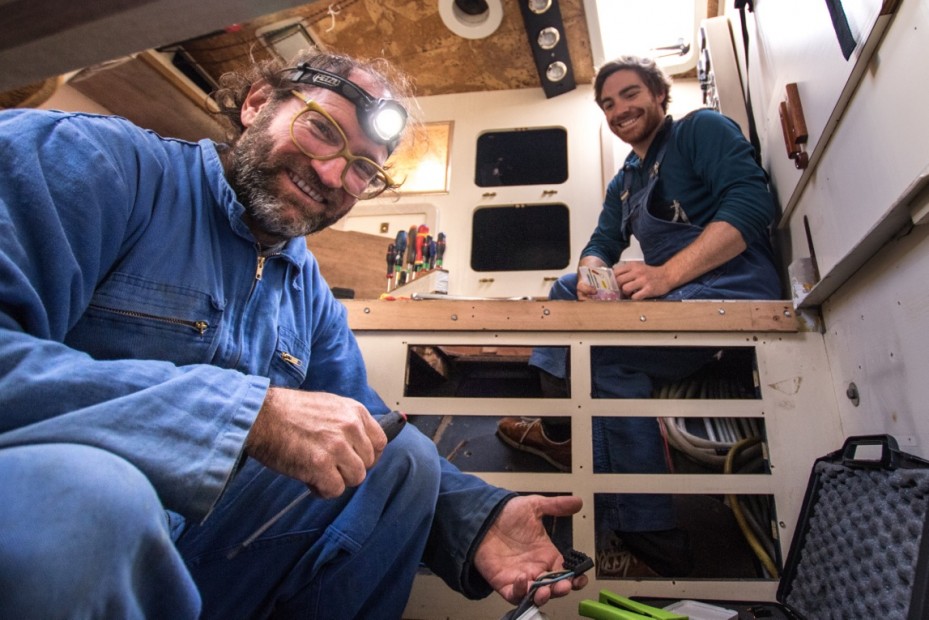 Sylvain et Thomas, in the heart of the WHY, are preparing the installation of the new electric generator. © Lucas Santucci / Under The Pole